The Four Corners International Mission is governed by a volunteer, unpaid board of directors. Their combined talents provide advice on policy, advocacy, fundraising and public relations. 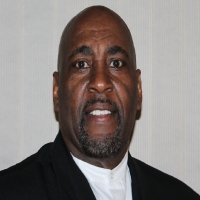 Charles E. Cato, Sr.
Executive Director
Reverend Charles Cato is the Executive Director of Four Corners International Mission, Inc. Over thirty years ago, he founded Mount Calvary Baptist Church in Lanham, Maryland, where he continues to serve as Senior Pastor. A native of Gibsland, Louisiana, Pastor Cato has lived in the Washington D.C. metropolitan area for more than 30 years. In 1980, he received his Bachelor of Science Degree in Pastoral Theology, and in 1990, he received a Master’s Degree in Pastoral Theology. In 2000, Pastor Cato took his first mission trip to Guyana, South America. Since that time, Pastor Cato has led mission teams to four other continents — Africa, where FCIM mission teams have traveled to Kenya, Tanzania, and Uganda; Europe, to the city of Paris; Nova Scotia, Canada for a crusade; back to South America – Suriname and FCIM yearly mission trips to Guyana. Domestically, FCIM mission teams have done work in Oklahoma on the Choctaw Indian Reservation; New Orleans, Louisiana assisting in home rebuilding efforts for Hurricane Katrina victims; West Virginia housing renovations; and Nanjemoy, Maryland for home renovations and clothing distributions. Incorporated in 2003, Pastor Cato founded Four Corners International Mission. This mission organization continues to serve people in need around the globe. 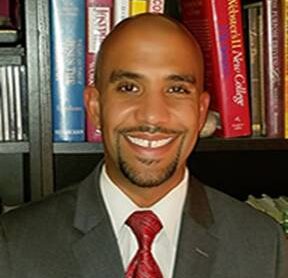 James W. Jones, Jr.
President of the Board
Pastor James W. Jones, Jr. was born in Cincinnati, Ohio. After graduating from Cincinnati Public Schools, he attended Hampton University in Hampton, Virginia where he received a Bachelor of Arts Degree in Political Science in May of 1999. Pastor Jones completed his Master’s Degree Program in Early Education in March 2007 and served as Math Instructional Lead Teacher within Prince George’s County Public Schools until his departure in 2017.  He has also received his Master’s Degree in Christian Leadership (MACL) from Dallas Theological Seminary. In addition to his pastoral duties, Pastor Jones serves within the Potomac River Baptist Association. In 2017, the Antioch Baptist Church of Clinton overwhelmingly voted him Pastor-Elect and he was installed on November 12, 2017, as the church’s second Pastor.  Rev. Jones’ prayer is that the LORD uses him to “Cultivate, Connect, and Continue” in the work of Jesus Christ believing that even greater works are possible through the LORD (Jn. 14:12). 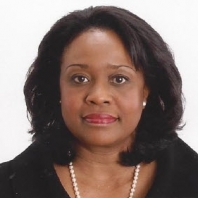 Linda Holifield-Kennedy, MD, MPH
Medical Director of the Board
Dr. Linda Holifield-Kennedy currently serves as Medical Officer for Civilian Employee Health Services at The Pentagon Occupational Health Clinic, Washington, DC, and Chief Medical Officer for The Adelphi Research & Development Laboratory Center, Adelphi, MD. She received her Bachelor of Science Degree from UCLA; Master’s Degree in Public Health from The Johns Hopkins School of Public Health; and Doctoral Degree in Medicine from the State University of NY in Brooklyn, New York. She is residency trained in Internal Medicine and completed her postdoctoral fellowship training in Occupational and Environmental Medicine at Johns Hopkins University School of Medicine. Dr. Holified-Kennedy has worked and traveled with Four Corners for several years and has led several medical clinics in Kenya, Africa since 2008. As FCIM Medical Director, Dr. Holifield-Kennedy manages medical care, dispenses medications, and medical supplies during mission trips abroad. 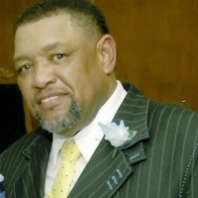 Johnnie L. Dyes
Board Member
Reverend Johnnie Dyes is the Senior Pastor or Saint Matthew Missionary Baptist Church in Athens, LA, where he has led this branch of Zion since August 1999.  He is yet another FCIM Board member who has traveled for mission work to Guyana, South America and New Orleans, Louisiana. Reverend Dyes considers his church in Athens to be a missionary church and not a stationary church and as such, Saint Matthew Missionary Baptist has many different outreach ministries. 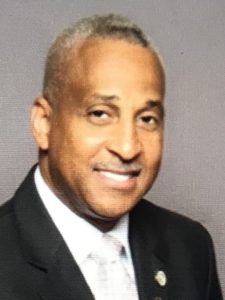 Lanier C. Twyman, Sr.
Board Member
Bishop Lanier C. Twyman, Sr. is the Senior Pastor of the St. Stephen Baptist Church, Temple Hills, Maryland. He is married to the former Tonya Garnes, and is the proud father of three sons, Lanier Jr., Joshua and James.A native Washingtonian, Bishop Twyman has a degree in Business Management from the University of the District of Columbia, and a Biblical Studies degree from Andersonville Baptist Bible College and Seminary. The Graduate School of Theological Studies has provided him opportunities to study on the campuses of Harvard, Yale, Princeton and Emory Universities. Bishop Twyman is a jurisdictional Bishop in the Full Gospel Baptist Church Fellowship, providing oversight in Washington, DC, Prince Georges and Montgomery Counties in Maryland. He is an Executive Board member of the Baptist Convention of Washington, DC & Vicinity and is a member of the Missionary Baptist Ministers’ Conference. He also serves on the St. Jude Sunday of Hope Board of Advisories for the St. Jude Children’s Research Hospital.

Your partnership helps people to survive and rebuild lives.